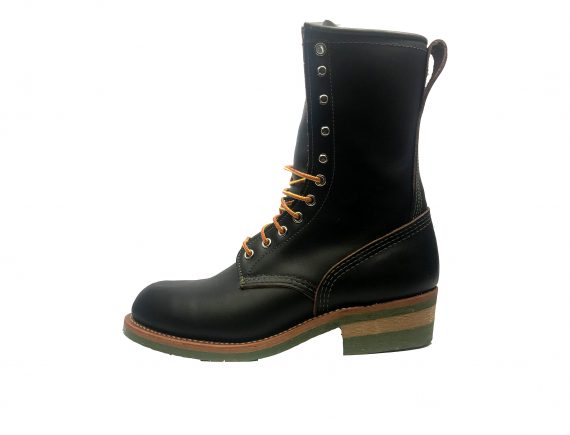 The #4328 is inspired by the #919 Lineman Boot, which was first released in 1977, a time period when 8-inch boots were a common staple to the Red Wing collection. The Indigofera crew are big fans of tall Red Wing styles, such as as the Engineer, Logger and Pecos, so it was a natural decision deciding on the direction of the #4328, what we also call “Climber Boot”.

One unique detail on the #4328 Climber Boot is the green Vibram sole, originally used on Red Wing Lineman boots back in 1956. Vibram continues to produce all Red Wing rubber soles used today, however it is unclear as to why the green colour was significant for the Lineman Boots.  One theory is that it was an indication that the sole was compounded with the EH (Electrical Hazard) insulation between you and the ground; so if you happened to touch a live/hot wire, you wouldn’t get shocked. It gave wearers confidence that the shoe you were wearing was guaranteed to be safe whilst working up high lines.